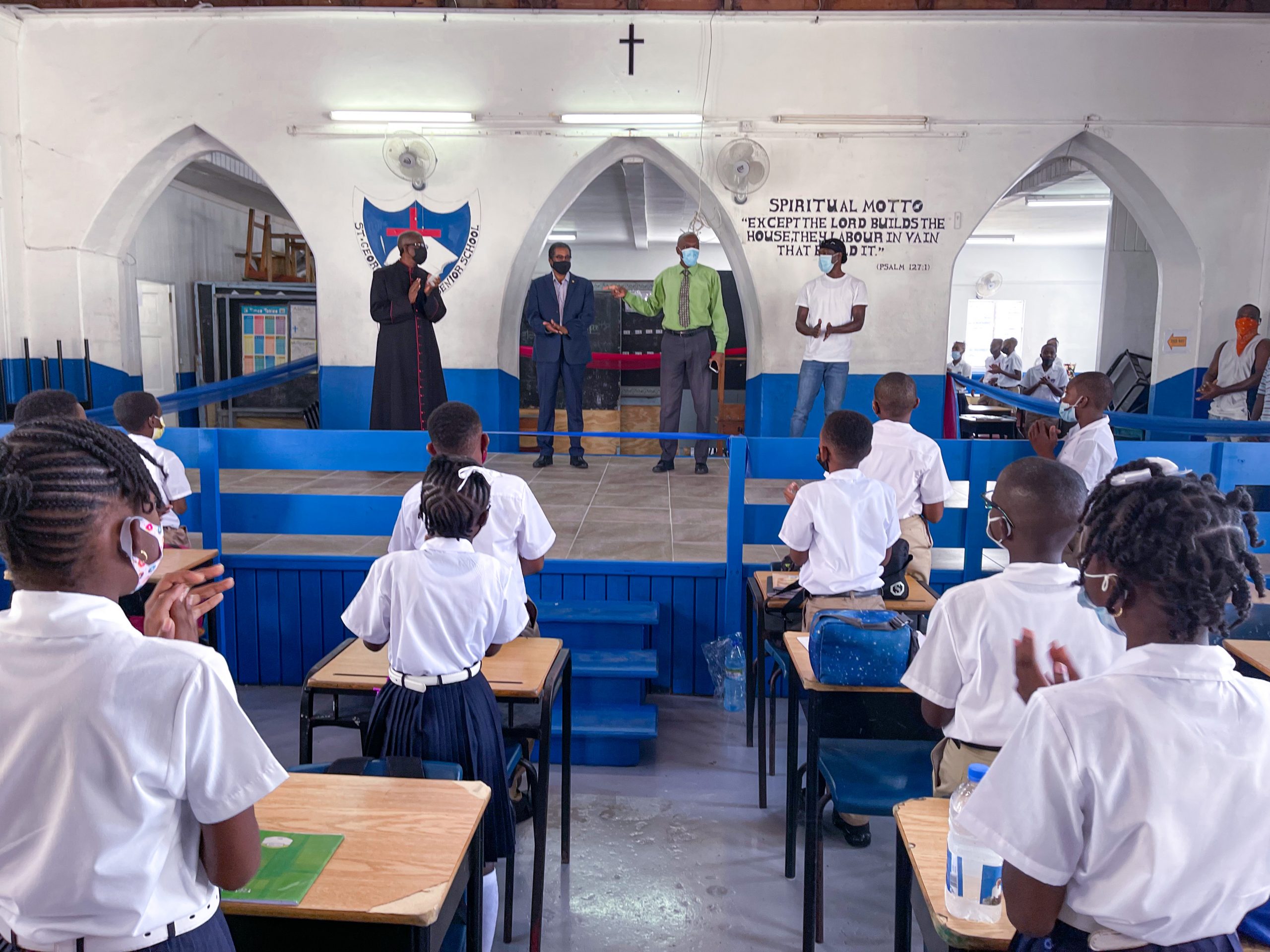 Former student, and proud alumnus, Dr. Richard Nixon – owner of Hideaway True Blue – an approved Citizenship by Investment project, issued the challenge while handing over the newly refurbished stage; urging the students to open their minds and see beyond their current circumstances.

“I came from right where you are. I’ve travelled the world and met different people and the same can happen to every single one of you. Don’t think this is it. This is just the beginning.”

Nixon, who came from humble beginnings and is now not only the owner of Hideaway True Blue, but an entrepreneur, philanthropist, and Grenada’s ambassador to Southeast Asia, believes it is important to give back to the school, which he credits with giving him a head start in life.

“It’s always a pleasure to come back to where I came from and give back to whom has given so much to me,” Nixon said. “I challenge all my friends and colleagues to do the same. If each one of us does a little piece, we can get this school top notch.”

Nixon’s words, says Nigel De Gale, the school’s principal, have not been hollow. “Mr. Nixon is one in a million. He has been donating a laptop to the first-place child in common entrance, now called the CPEA, for the past seven years. He is part of the family.”

De Gale, who indicated that the school’s stage is commonly used for ceremonial activities, such as concerts, assemblies, and the school’s graduation, said his students and teachers are beyond excited and thankful for the high quality of improvements that have been done to the centerpiece of the school. He is hopeful that Nixon’s example will spur on other past pupils of the St. George’s Anglican Senior School to give back.

As for Nixon, his attention has now moved beyond the repair of the school’s stage to the restoration of the school’s historic buttressed ceiling. He is hopeful that other past students will join him in completing the venture. 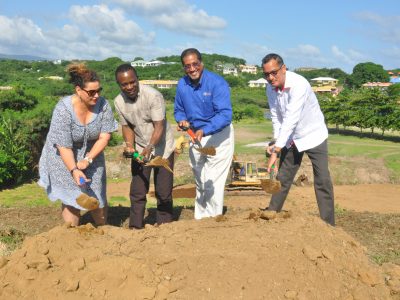 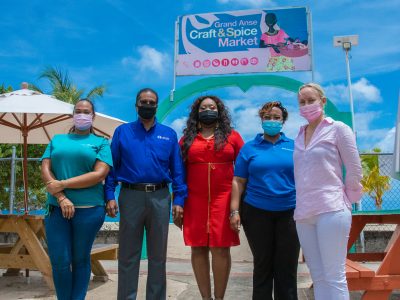 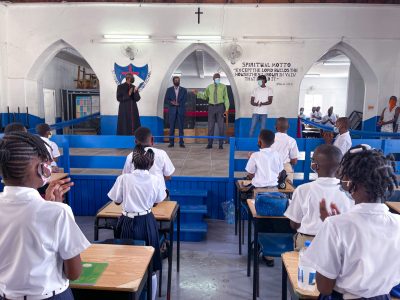